The IRS can’t chase you forever to collect a Tax Debt. It only has 10 years to collect and if it can’t, the “Clock” runs out, the debt is gone…erased forever.

The Law that forbids collection after the 10 year period is commonly called the “Statute of Limitations on Collection”. You can find it here… IRC Section 6502 (a) (1).

This 10 year limit on collection is one of the most effective tools we use in helping people reduce or eliminate IRS Debt, but as you may have already guessed, 10 years isn’t always “10 years”, at least not in the IRS’ world.

The 10 year period doesn’t begin until the tax is “assessed”. Assessment is just the IRS’ formal determination that the debt is owed by you and the placement of the amount owed in its system.

The following example will show you why this is so important.

Henry is a self-employed Plumber. He went through a hard patch in 2002 and didn’t pay any tax or file the 2002 return which was required to be filed in April of 2003.

The 10 year statute of limitations period on collection didn’t begin when the 2002 return was required to be filed in April 2003…it began when the debt was assessed in April 2005, two full years later.

Generally, any action that makes it legally impossible or at least very difficult for the IRS to collect the debt will “Toll” or stop the Statute Clock from running. Some examples of “Clock Stoppers” include:

If Henry were forced to file a Chapter 7 Bankruptcy in January of 2009 and the Bankruptcy Case remained open for 9 months, the clock would stop for 9 months or in other words, 9 months would be added to the end of the 10 year period.

So…10 years doesn’t always mean 10 years and you may have lost the excitement you felt when you started reading this post. I apologize…so here is some good news:

If you have negotiated a payment plan with the IRS or you have been placed on IRS non-collectible status, the clock will still run. Some people are able to stay in these agreements for the entire length of the statute period and pay little to nothing before the Clock kills the debt.

You May Have Other Options

If you have a large Tax Debt and if the 10 year date is a long time away, you may want to look at other options.

Some people with large tax debt qualify for an IRS Offer in Compromise and are able to settle the debt for less than is owed – sometimes much less.

Michael Anderson Explains The Process of An IRS Offer In Compromise

Certain tax debt is dischargeable in Bankruptcy. Many people simply file a bankruptcy and get rid of the obligation to pay it. If you have lots of other debt and tax debt that can be discharged in bankruptcy… two Birds with one Stone as they say.

Of course, both of these options have their own set of rules, and they can be complicated, get some experienced help.

There may be a way that the IRS Statute of Limitations period can be used to your advantage and if it can’t, other options probably exist. If you have a large IRS Debt, the first step is determine when your “Clock” runs out. 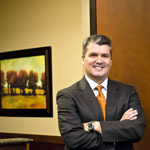